Jean D. A. Carruthers M.D., FRCSC, F.R.C. is Clinical Professor in the Department of Ophthalmology and Visual Sciences at the University of British Columbia in Vancouver, where she specializes in facial cosmetic injectable, energy based devices and surgery.  Dr. Carruthers received her medical degree from the University of British Columbia in 1971 and completed her Ophthalmology residency at the Institute of Ophthalmology and Moorfields Eye Hospital  in London, UK, in 1977. She completed her post-residency studies in Ophthalmology at the University of British Columbia and the University of California in San Francisco in 1982. With her husband, Dr. Alastair Carruthers, she pioneered the cosmetic use of botulinum A exotoxin and has remained at the forefront of research and teaching about this procedure. She is a Diplomate of the ABCS, a Fellow of the American Society of Ophthalmic Plastic and Reconstructive Surgery, immediate past Chair of the Industry Advisory Council of the ASDS and has received two ASDS Presidential Awards. Past president of the British Columbia Society of Eye Physicians and Surgeons, the Canadian Laser Aesthetic Surgery Society and the Foundation of the AACS and awarded the Eugene Van Scott Award and Philip Frost Lecture by AAD in 2012, the Henry Baylis Cosmetic Surgery Lecture and Award from the American Society for Ophthalmic Plastic and Reconstructive Surgery in 2013 and the 2014 Leadership and Innovation Award from ASDS. She has also been honored to receive the 2012, 2014 and 2015Presidential Awards. 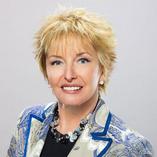